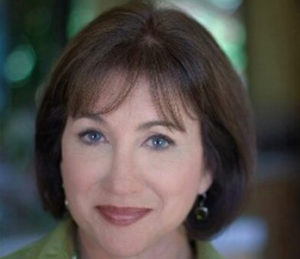 Climate Crisis and The Media:

Betsy Rosenberg is an award-winning national broadcast journalist and a green media trailblazer. With 25 years of radio news experience and track record as a social visionary, popular environmental talk show host, and dedicated advocate for positive change, Betsy has earned the distinction of being a world-class, eco-journalism pioneer. Her chapter is based on an upcoming book on the subject.

For two decades, Betsy was an on air journalist at CBS; first at KCBS in San Francisco where she reported and anchored local news, and later covering national and world news as a CBS Radio News anchor. Over the span of her career she has interviewed the leading environmentalists of our time and has been a guest on local and national television programs including CNN Headline News and FOX’s Sean Hannity Show. She is the recipient of more than a dozen awards for her news and environmental reporting at the local and national level.

She has interviewed over 2500+ leading eco-innovators including scientists, politicians, business leaders, authors and activists such as Al Gore, Bernie Sanders, Katherine Hayhoe, Robert Kennedy, Jr., Bill McKibben, John Kerry, Dr. Jeffrey Sachs, David Suzuki and so many others. To hear any of her interviews, please visit www.betsyrosenberg.com.

Her “Sound Solutions for a Healthier Planet and People” began on Earth Day 1997 when she launched TrashTalk, waste reduction tips on KCBS.  She was the first mainstream commercial broadcaster to recognize the need to use mass media outlets to communicate the urgency and complexities of growing ecological challenges. From the outset, Betsy’s mission has been to bring green content and consciousness into the daily programming mix and to make environmental challenges and solutions just as important and engaging as other compelling news of the day.

In 2004 TrashTalk expanded to an hour-long interview format, becoming EcoTalk – the nation’s first syndicated sustainability show on commercial radio, breaking new ground as the only such program to offered in a prime-time daily slot. EcoTalk was heard on 40 Air America stations across the country.

In 2009 she launched The Green Front on voiceamerica.com, and later on PRN, The Progressive Radio Network.  Betsy speaks across the country and is a continual participant in leading environmental events and climate/energy conferences.

Betsy is working on her first book, tentatively titled, “Wake Up and Smell the Carbon – Why America Needs to Get Off Its Gasses – Now!” She is available for commentary on climate and other issues.