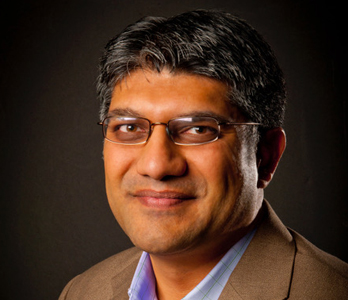 Shah has recognized this as “Creating Climate Wealth.”

Shah maintains that Climate Wealth is created when mainstream investors team up with entrepreneurs, corporations, mainstream capital, and governments at scale to solve the big problems of our time while generating compelling financial returns – not concessionary returns.

Shah is the co-founder and President of Generate Capital and author of Creating Climate Wealth: Unlocking the Impact Economy, 2013 Icosa Publishing. The book talks about the prominent role of business model innovation, more than new technology, in attracting mainstream capital and unlocking transformational change. In the book, the author pictures reaching our 2020 climate change goals as means to create the next economy with the equivalent of 100,000 companies worldwide, each generating $100 million in sales. Shah argues that, while new technical innovation is valuable, deployment of existing technologies are the key to reaching our near-term climate targets.

Shah serves as a board member of the Carbon War Room, a global organization he previously served as CEO.[

Shah has also become an outspoken advocate to end all energy subsidies, including those for renewable energy, to “create a level playing field.”