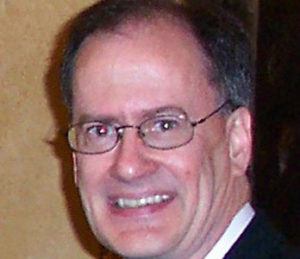 Robert Mullins is a longtime journalist and marketing writer who is based in Silicon Valley. He moved to San Jose, Calif., in 2000 from his hometown of Milwaukee to be a business reporter for a weekly newspaper. After moving on to cover Silicon Valley for various tech industry trade publications, Robert transitioned over to being a marketing writer, creating white papers, case studies, contributed articles, blog posts and other content for various tech firms.

On his personal time, Robert Mullins joined, in 2013, Citizens Climate Lobby, a bipartisan grassroots organization whose mission is to lobby the U.S. Congress to pass legislation to impose a carbon fee on fossil fuels to reduce demand for them and, thus, reduce the production of CO2 emissions, a major contributor to climate change. The goal of CCL is also to make renewable energy, such as from wind or solar, more cost-effective compared to fossil fuels.

Robert holds a Bachelor’s Degree in Mass Communications from the University of Wisconsin-Milwaukee. While enrolled at UWM, he worked as a newscaster and news director at the National Public Radio (NPR) station WUWM-FM. He occasionally appeared as a reporter on NPR network news programs such as “All Things Considered” and “Morning Edition.”