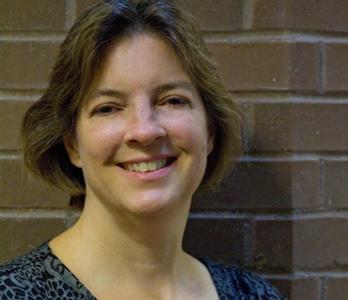 Cathy Cowan Becker has a 20-year career in journalism, communications and public relations. She is currently communications coordinator for the Mershon Center for International Security Studies at The Ohio State University, where she is also pursuing a dual master’s in Public Administration and Environment and Natural Resources.

In her volunteer time, Cathy is chair of the Conservation Committee for Sierra Club Central Ohio Group, which is conducting a campaign to ask the city of Columbus, Ohio, to commit to 100% renewable energy by 2050. She was trained as a Climate Reality leader in 2015 in Iowa and served as a mentor at the Climate Reality leadership training in Denver in 2017. She is a past group leader for the Columbus, Ohio, chapter of Citizens Climate Lobby.

Cathy has a B.A. in English from University of North Carolina-Chapel Hill, M.A. in history from University of Wisconsin-Madison, and M.A. in journalism from Indiana University in Bloomington. Previously she worked as an editor at the Lexington Herald-Leader, Louisville Courier-Journal, Dayton Daily News, and State Government News.

You can follow Cathy’s environmental and educational adventures at http://u.osu.edu/becker.271