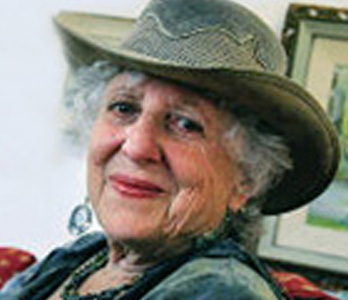 Lois has been a multi-media artist for the last 30 years. She has produced three films, published articles and photographs in several publications such as TimeLife Books and had three one person exhibits of her photographs.

Her last film was Climate Change Hits Home: Santa Cruz. Most of her work has been environmental or about California Indians. She wrote a book Mamita’s House: A True Tale of Tortilla Flat about an Indian family living in Carmel at the turn of the last century.

At the same time she has been an environmental activist and Chair for twenty years of the Sierra Club’s Pajaro River Committee. Today she is working on a film on an alternative paradigm for climate change. She has been a Commissioner on the Santa Cruz County Fish and Wildlife Commission for five years.