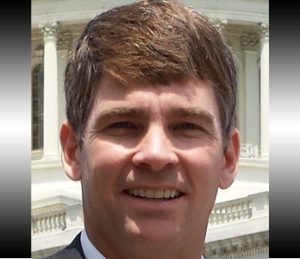 Bob Hallahan is a retired U.S. Navy Commander who became passionate about the climate during military travels, in particular during deployments to tropical Pacific and Indian Ocean islands.

He cites Wake Island, for instance, as the site of not just fascinating war history, but also as a pristine home to dazzling reef animals. “If you walk too quickly on the beach there,” he says, “you’ll kill something! You have to walk slowly enough that the crabs, shrimp, eels, fish and birds have time to scamper out of your way.”

Realization that climate change threatens this place and many like it, pushed Bob toward climate activism. He considers it to be just another form of public service.

Bob is an Eagle Scout who grew up in California’s bay area. He studied natural science at the University of Notre Dame, then trained as a Navy carrier pilot on Whidbey Island, Wa. He completed five major deployments including service in Iraq and Afghanistan. He holds a Masters in National Security and Strategic Studies from the U.S. Naval War College.

While not flying Boeing 737’s for a major airline, he leads a chapter of the Citizens’ Climate Lobby and serves as an elected member of the local school board. He and his wife still live on Whidbey Island. They have two talented kids.