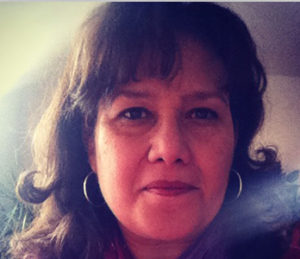 Maria Santiago is a Learning Disabilities Consultant, Behavior Technician, currently one of the Bilingual columnists and writers of the digital magazines My Trending Stories and Negocios Hispanos USA. She is currently an Educational Diagnostician /Specialist and case manager in a Child Study Team, who has been an educator for 22+years.  Maria speaks English, Spanish, and French with fluency. In 2010 Maria served on the Board of Trustees of the Barack Obama Green Charter HS in Plainfield, New Jersey . In January 2016 Maria and Assemblyman John McKeon spoke on behalf of new bills passed by the New Jersey State legislature that made critical steps towards helping the environment.

Ms. Santiago is also a climate change activist and became a Climate Reality Leadership Corp member in 2013.  In April, 2017, she organized the New Jersey’s People Climate Rally at Warinanco Park. One result of which was that Ms. Santiago founded the New Jersey Coalition of Climate Justice on April 29,2017. She also currently serves in the Environmental Justice Executive Board Committee of Sierra Club in New Jersey, and has served on the Organizing for Action Climate Change Issue Team since 2012.